When Paige mention the possibility of a taco blog party I was in!  Who doesn't love tacos?  They are incredibly easy to prepare and relatively healthy.  My version of a shrimp taco is also gluten free because of my current needs.  Corn tortillas are naturally gluten free, but since they are a soft taco I add  a bright red cabbage cilantro slaw for the crunch in a perfectly textured taco. 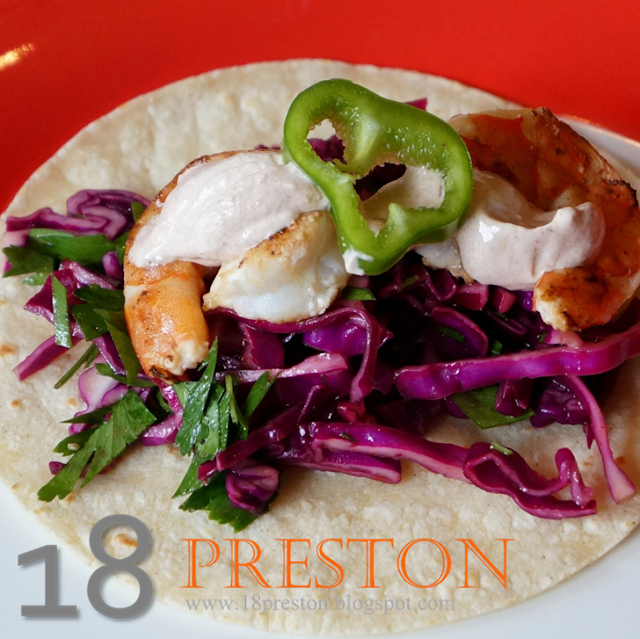 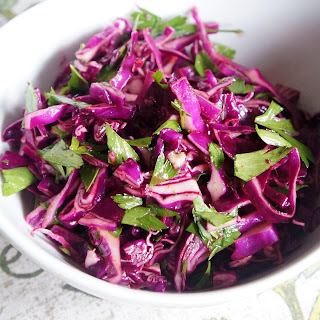 Instructions:
Cabbage Slaw: combine cabbage, cilantro, vinegar, and ½ tbsp. of olive oil in a bowl.  Season with salt and pepper.  Keep refrigerated until ready to serve, can be made ahead.

Chipotle Sour  Cream: combine sour cream and adobo sauce.  Keep refrigerated until ready to serve, can be made ahead. 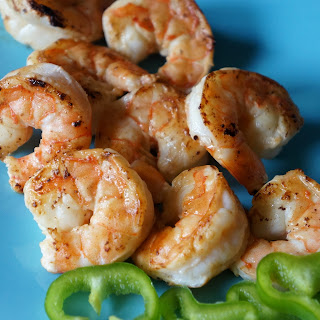 Shrimp and Tortillas: marinate shrimp in the juice of ½ a lime and ½ tbsp. of olive oil.  Season with salt and pepper.  Can marinate up to ½ an hour in the fridge.   While the shrimp is marinating, toast the tortillas in a dry skillet one at a time until just small bits are golden brown.  Transfer warmed tortillas inside aluminum foil to keep warm until ready to serve.  Saute shrimp in skillet, about 3-5 minute per side.  Assemble tacos with slaw first, shrimp, and chipotle sour cream.
Posted by Meg Kearney at 4:46 PM 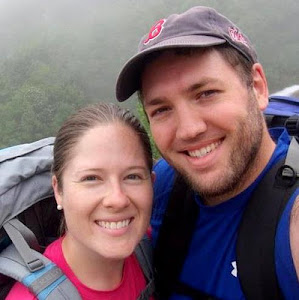 We're Matt and Meg Kearney and we love our life, adventures, and our house! Follow us to see everything that goes into making our Bungalow a home.